A Dark and Secret Place: A Thriller 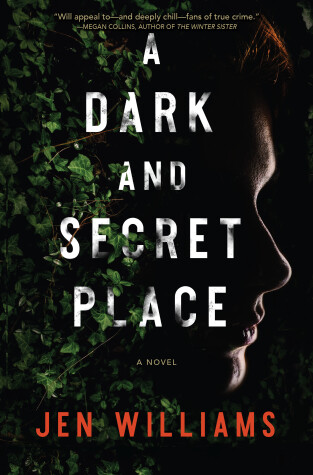 A Dark and Secret Place: A Thriller

For fans of Kathleen Barber and Julia Heaberlin comes a chilling psychological suspense from award-winning author Jen Williams about a woman who discovers her late mother had a decades-long secret correspondence with a serial killer, begging the question: how well do we know our own family and even ourselves?

When prodigal daughter Heather Evans returns to her family home after her mother's baffling suicide, she makes an alarming discovery--stacks and stacks of carefully preserved letters from notorious serial killer Michael Reave. The "Red Wolf," as he was dubbed by the press, has been in prison for over twenty years, serving a life sentence for the gruesome and ritualistic murders of several women across the country, although he has always protested his innocence. The police have had no reason to listen, yet Heather isn't the only one to have cause to re-examine the murders. The body of a young woman has just been found, dismembered and placed inside a tree, the corpse planted with flowers. Just as the Red Wolf once did.

What did Heather's mother know? Why did she kill herself? And with the monstrous Red Wolf safely locked inside a maximum security prison, who is stalking young women now? Teaming up with DI Ben Parker, Heather hopes to get some answers for herself and for the newest victims of this depraved murderer. Yet to do that, she must speak to Michael Reave herself, and expose herself to truths she may not be ready to face. Something dark is walking in the woods, and it knows her all too well.

After the suicide of her estranged mother, Heather returnes home. Not long after her death, Heather discovers some letters written to her mother by a renowned serial killer, a man who killed in ways that are eerily similar to an active serial killer. She’s determined to figure out the connection between the jailed murderer and her mother, and how it all relates to this new killer. The novel is often chilling, a dark story that is incredibly atmospheric and eerie. There is an overwhelming sense of danger throughout, even if you can’t quite puzzle out where that danger is coming from. The sense that Heather is being watched is both sinister and vaguely claustrophobic, even for the reader drawn into the story. And there are so many questions that keep the pages turning. Who is watching Heather? What do they want with her? Why is this happening? The first half of the novel is heavy with anticipation, a slow burn as the story unfolds. And the second half is full of twists and turns as the story deepens before finally concluding in unexpected ways. Heather was an interesting character, one that was often hard to puzzle out. It is clear that she had issues with her mother, issues that she herself didn’t understand. She was a flawed character, to be sure. But when she becomes obsessed with her mother’s past, it’s hard not to be right there with her. A great thriller!