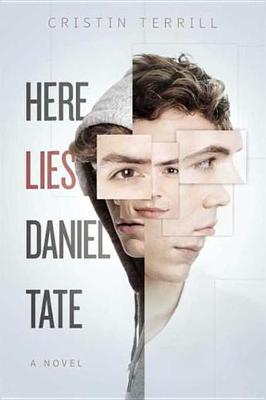 A young runaway is welcomed into the arms of an affluent family after he takes on the identity of the family's missing son, Daniel, only to slowly realize that the family knows more about Daniel's disappearance than they are letting on.

The Tates. They would look at me and this would all be over, and it scared the hell out of me.

Because, of course, I wasn’t Daniel Tate.

Lately, I’ve been very much in the mood for mystery novels, and it seems there is an increasing amount of releases in this genre in YA for the last couple of months. Or maybe I notice them more ? Who knows ? Anyway, this is one of those mystery ones that called to me.
The plot seemed fascinating and original, plus there are a lot of positive reviews. Only problem with this amazing book ? It did not get that much attention, and not many people seem to know about it.. Which is a shame, because this one is incredibly good !!

The main character. I really loved “Danny”, even though he is not really the best of persons and has many faults, he is a very likable character. Even though this is a standalone and it is not an extremely long novel, he grows throughout the story and matures.
He was a really interesting chaacter too, because he was trying to con everyone, he needed to keep an eye on everything and act how different people expected him to act. Which was very interesting to witness, reading how he anticipated on that. He was a great narrator for this story, even though I still don’t know if I know the truth…

The side characters. They were all really well rounded, every side character was well developed and felt almost real. It made me not only attached to Danny, but to the whole family. They were such a completely fucked up family, great !! And also, so much love for Mia !!

The plot is also a big plus. I was into it from the beginning and very curious about the truth. What happened to the real Daniel Tate ? Of course I’m not going to spoil anything.. but even though there were some clues looking back, I did not expect this conclusion.
I love it when I don’t know what is going to happen. This one kept me guessing and trying to put the pieces together for the whole picture. But I kept missing some pieces right until the end. GREAT !

I just LOVED the whole setting. Everything was so mysterious and dark. It had such an eerie vibe on the background that it got me totally hooked. Very thrilling !!

There is actually one thing I'm not sure about. And I’m not even sure I really agree with myself on this one haha. Me and myself haven’t decided whether or not we liked it. And with it, I mean the conclusion.
The ending was kind of open, and I’m not sure it really is the end. A lot of things could be true, or maybe not… and we still don’t know everything. But that was kind of the point of this whole novel. Don’t get me wrong, there were NO plot holes, but some things were left out on purpose. And that is part of what made this novel so astonishingly good, but also left me a bit dissatisfying. Because I want to know !! But that makes it even better, because it leaves me wanting for more.. Get my dilemma ? XD

Want to read more about this review or others ? Check out my blog Freyja Eats Books/a>