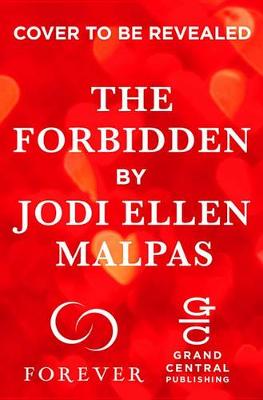 "A new story of dangerous temptations from the #1 New York Times bestselling author of the This Man trilogy. Annie has never experienced the 'spark' with a guy--the kind of instant chemistry that steals your breath and blindsides you completely. Until a night out with friends brings her face to face with the wickedly sexy and mysterious Jack. It's not just a spark that ignites between them. It's an explosion. Jack promises to consume Annie, and he fully delivers on that promise. Overwhelmed by the intensity of their one night together, Annie slips out of their hotel room. She is certain that a man who's had such a powerful impact on her and who could bend her to his will so easily, must be dangerous. But she's already in too deep. And Jack isn't only dangerous. He is forbidden"--

Oh MY GOD. JEM is one of those authors that I don’t even bother reading the synopsis for her books, I just dive right in. This book was no exception..though when I got into and discovered what made it “Forbidden” I thought about DNFing the book. But this is JEM and she hasn’t let me down before so I kept at it. She did not disappoint. After awhile I got over the forbidden aspect of the story and was cheering on Jake and Annie! The chemistry between the two of them was off the charts.. even during the parts when Annie was trying to be the better person and walk away.. the chemistry was still jumping off the page. I LOVED JACK and my heart was breaking for him throughout the book, his situation was crazy (seriously) and I understand now why he couldn’t just be done with it… The last 15% of the book kept me on the edge of my seat and got the best of my emotions.

After having a moment of where I considered DNFing I kept at reading it and I am glad that I continued reading. I ended getting past the one thing I had a problem with in this story and really started to enjoy it and the characters in the book. I am wondering if we’ll see more of them in the future. Are we going to see more from Annie and Jack? Maybe we’ll get a story for Micky, Nat and Lizzy? I would love to see how Annie and Jack’s happily ever after pans out, because this book didn’t have an epilogue and I think all books need an epilogue at the END of the story.. so maybe there will be more. I guess we’ll see! 😉
This review was originally posted on Cocktails and Books

I will admit, the premise of this book will turn some people off.  The author even admits that some may run the other direction when they find out.  But I have to say, this was an angsty, gut-wrenching read that was undeniably hard to put down and to deny this couple wasn't meant for each other.

Annie was determined to make a name for herself as an architect.  She had no time for romantic entanglements.  She had her business and her best friends...in her mind that was all she needed.  Until the night she met Jack at a bar.  He was charming, made her laugh and she was unbelievably attracted to him.  That attraction led to an unbelievable night and Annie's world turning upside down.

When we first meet Annie in the book, she came across as a little cold.  She was happy with how life and putting it into the little boxes she had carved out for it.  But when she met Jack, she came alive.  She flirted and laughed, I enjoyed this Annie.  And when she met Jack outside the pub and had that explosive night, there was not denying the chemistry they had.  I didn't want Annie to let go of Jack or what she felt when she was with him.  And I was devastated right there with her when she found out Jack's secret.

I have never, nor would I ever, condone someone cheating.  In my opinion, if you feel the need to be with someone else you should leave the person you're with.  And when Jack's marriage came out, I was a little betrayed.  But as the story unfolded and we saw more into Jack's married life I could understand why he chased after Annie when he wasn't truly free.

Love doesn't always come at the most convenient time and I imagine the desperation and the need to hold onto something good could make you do something you normally wouldn't do.  Jack's desperation was almost a secondary character at times.  He was stuck and was blinded as to how to get out of the mess he was in (given the state of his wife, maybe he knew she was walking a thin line).

I think of all the JEM books I've read, this one is one of my favorites.  Jack and Annie don't have an easy road.  They are sometimes their own worst enemies.  But their love was one you couldn't deny and I was desperate for them to some way, shape or form, find their happily ever after.