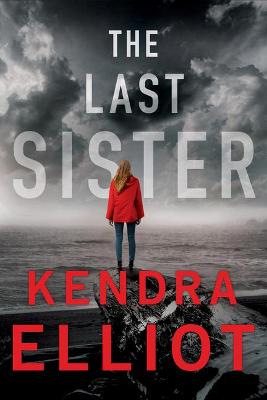 Three sisters’ secrets collide in a shocking novel of suspense by the bestselling author of the Mercy Kilpatrick series.

Twenty years ago Emily Mills’s father was murdered, and she found his body hanging in the backyard. Her younger sister, Madison, claims she was asleep in her room. Her older sister, Tara, claims she was out with friends. The tragedy drove their mother to suicide and Tara to leave town forever. The killer was caught. The case closed.

Ever since, Emily and Madison have tried to forget what happened that night—until an eerily similar murder brings it all back. It also brings FBI special agent Zander Wells to the Oregon logging town. As eager as he is to solve the brutal double slaying, he is just as intrigued with the mystery of Emily’s and her sisters’ past.

When more blood is shed, Zander suspects there’s a secret buried in this town no one wants unearthed. Is it something Emily and Madison don’t know? Or aren’t telling? And Tara? Maybe Emily can’t bear to find her. Because when Tara disappeared, she took a secret of her own with her.

From the violent crime scene we stumble upon in the opening scene with Emily Mills, we know something sinister has happened in this small Oregon town where everyone knows everyone. For Emily the scene in the backyard is all too familiar and when the local sheriff talks murder-suicide, Emily puts a call into the FBI.

FBI Zander Wells and his partner Ava McLane arrive on the scene hours later. The crime scene is a mess, but the young woman who called was right, this appears to be a hate crime and it’s only the beginning.

I really enjoy Elliot’s crime thrillers and The Last Sister weaved in history, racism, and hate groups into a suspenseful tale that not only included the current murders, but weaved in those from the past.

The story was light on procedural jargon, but we’re provided just enough through autopsies, and details to feel a part of the investigation.

The Mills family, Emily, her sisters along with their eccentric Aunts added to the tale. Emily has been keeping a secret and their oldest sister left town never-to-be-heard from but the past is about to reawaken.

Elliot delivered a side-romance and I look forward to seeing how it develops over the course of the series. The author’s stories focus on the case but also give us a feel for the main characters and their lives. Allowing the reader to care and connect with the. I appreciated that connection. This review was originally posted at Caffeinated Reviewer