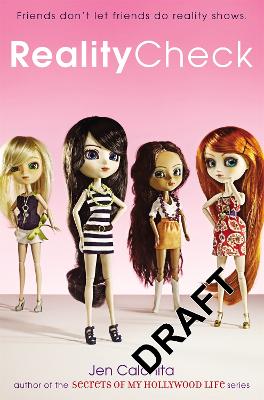 Sixteen year olds Charlie, Keiran, Brooke, and Hallie live on the quiet and quaint North Fork of Long Island. It may not be glamorous but it is real and teen girls are where the drama is at - at least, that's the rationale of a television studio executive looking for the next big reality series. Thinking that Charlie and her friends might be THE next big thing, she signs them up for a show.

However soon enough, having cameras follow them everywhere and interfering producers surreptitiously scripting their lives starts to effect their relationships. Brooke seems to want all the screen time. Keiran is scripted out of the show - and the group's friendship - when she doesn't rate well and as soon as Charlie realizes what is going on, she figures out the perfect way to give the studio and her home audience a reality check.