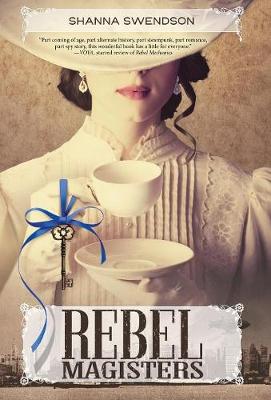 The premise of this series is that the Americans lost the Revolution because upper class British people have magic.  Now it is the 1880s and steampunk technology has advanced enough to level the battlefield.

Verity is a governess for a British family in New York.  She was recruited to spy for the rebels.  It turns out that her employer wants a revolution also.  He is working towards it covertly with his British peers.  Now it is time to bring both camps together.

I love the multiple levels of espionage in this book.  Trying to get various rebel groups to work together without one or the other trying to get all the credit was a bit like herding cats.  Some of the children Verity watches are maturing from spoiled brats to budding activists too.

There is a slow romance through this series and a potential new romance in this book.  This ends in upheaval so I hope the next book in the series comes out soon.

This review was originally posted on Based On A True Story