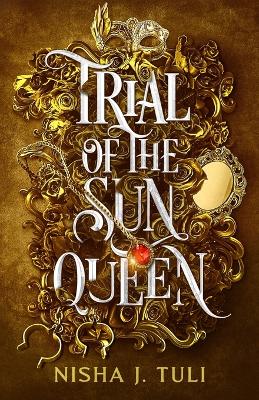 Trial of the Sun Queen

The Bachelor meets the Hunger Games. Ten women. A deadly contest. Only one can win the Sun King's heart.

Lor has endured twelve long years of torment under the Aurora King's rule. Her only desire is to get free and pay him back for every moment of misery she's endured.

When a surprise release finds her in the hands of the Sun King, Lor is thrust into the spotlight as she competes against nine other Tributes for the role of queen. If she wins his heart, she'll earn her freedom and finally get her revenge.

But Lor doesn't belong in the Sun Queen Trials. Not only does she not understand why she was freed, she isn't a citizen of the Sun King's court. The other Tributes resent her presence and will stop at nothing to ensure Lor is wiped off the gameboard, permanently.

Now Lor must win, because if she loses, she dies. Or worse, she'll be sent back into the hands of the Aurora King.

This glittering fae romance is perfect for fans of Sarah J. Maas, Jennifer Armentrout, and Raven Kennedy. Trial of the Sun Queen is the first book in a series with an eventual happy ever after.

Rule of the Aurora King

Freed from the golden clutches of the Sun King, Lor now finds herself in the hands of Nadir, the Aurora Prince. Convinced she’s hiding something, he’s willing to do whatever it takes to make her talk. But Lor knows the value of secrets—she’s been keeping them her entire life—and she’s not letting hers go without a fight.

When Lor and Nadir team up to search for a lost item that holds the key to her past and her future, she isn’t sure if she can trust him. All she knows is she won’t fall for his promises and make the same mistakes again.

Lor also hasn’t forgotten her vow to destroy the Aurora King. As Atlas hunts her across Ouranos, Lor plots to bring down the Imperial Fae who took everything. But she soon realizes that the future of the continent is about so much more than just her shattered legacy.

The Rule of the Aurora King is the second book in the Artefacts of Ouranos series and combines romance, intrigue, action, and adventure. If you love enemies to lovers, fated mates, and fake dating, don’t miss this exciting next installment!