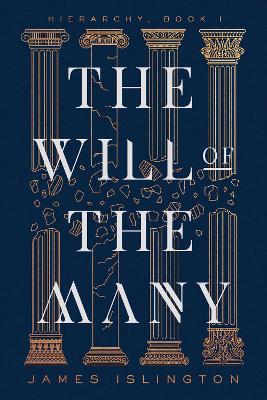 The Will of the Many

Published 23 May 2023
At the elite Catenan Academy, where students are prepared as the future leaders of the Hierarchy empire, the curriculum reveals a layered set of mysteries which turn murderous in this new fantasy by bestselling author of The Licanius Trilogy, James Islington.

Vis, the adopted son of Magnus Quintus Ulcisor, a prominent senator within the Hierarchy, is trained to enter the famed Catenan Academy to help Ulciscor learn what the hidden agenda is of the remote island academy. Secretly, he also wants Vis to discover what happed to his brother who died at the academy. He’s sure the current Principalis of the academy, Quintus Veridius Julii, a political rival, knows much more than he’s revealing.

The Academy’s vigorous syllabus is a challenge Vis is ably suited to meet, but it is the training in the use of Will, a practice that Vis finds abhorrent, that he must learn in order to excel at the Academy. Will—a concept that encompasses their energy, drive, focus, initiative, ambition, and vitality—can be voluntarily “ceded” to someone else. A single recipient can accept ceded Will from multiple people, growing in power towards superhuman levels. Within the hierarchy your level of Will, or legal rank, determines how you live or die. And there are those who are determined to destroy this hierarchal system, as well as those in the Academy who use it to gain dominance in internationally bestselling author James Islington’s wonderfully crafted new epic fantasy series.