Daughter of the Yellow Dragon

"A Mongolian Game of Thrones!" Katherine Roberts, author of Prince of the Wolves: The Legend of Genghis Khan

Genghis Khan united a nation and created a vast empire for his heirs. But after 200 years of civil war, his empire has fallen into the dark ages.

Mandukhai dreams of being a fierce warrior woman, but her dreams are shattered when she is forced to become the second wife to the Great Khan.

Unebolod spent his life in the Great Khan's shadow, preparing for a day when he can seize control of the empire. But when he forms a dangerous alliance with Mandukhai, it swiftly transforms into a passion that could destroy them both.

Just as the two are certain their fate will one day bring them together and make Unebolod the next Great Khan, a young prince surfaces to steal the Great Khan's attention and the hearts of the nation.

Daughter of the Yellow Dragon is the first book in a gripping, gritty historical fiction series based on the epic life of one of the most underrated women in history. The series draws you into a world of brutal Mongol steppe life, deadly political games, and supernatural beliefs. 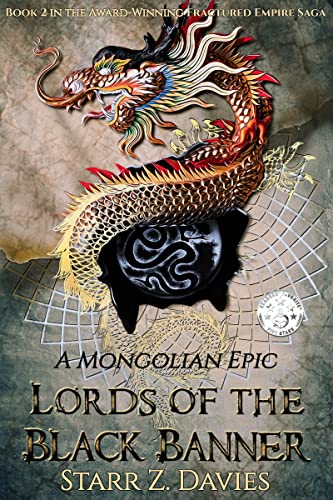 Lords of the Black Banner

In a nation torn apart by powerful men, one woman rises.

Mandukhai faces her toughest challenge yet — carving out her place in a political hierarchy ruled by men. And as the Great Khan’s life hangs on the precipice, the Mongol Lords prepare to raise the black banner of war. Secrets are revealed and dangers lurk in every shadow.

Who will survive the treacherous games of the Mongol court? Will this be the end of Genghis Khan’s royal Borjigin line? And who will end up on top when the dust finally settles?

Lords of the Black Banner is the second book in the award-winning Fractured Empire Saga, based on the gritty, dark, true story of Lady Mandukhai. The series draws you into a world of brutal Mongol steppe life, deadly political games, and the desperate will to survive. 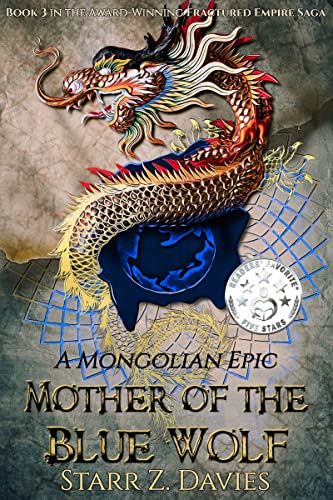 Mother of the Blue Wolf

Mandukhai inherited a fractured nation. Now, she must turn it into a whole empire.

Manduul Khan is dead, and he named Mandukhai Queen Regent until a new Great Khan is selected. This should be a simple matter of choosing the man who stole her heart long ago, but the spirit of Genghis and his cryptic promise makes one thing abundantly clear ...

The fate of the Mongol Nation cannot be decided by the whims of her heart. Empress of the Jade Realm