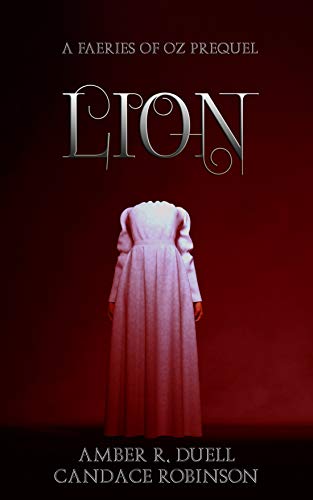 Langwidere has an obsessive habit—collecting heads. She wears a new one each day, changing them out like she does her ivory dresses. But Landwidere doesn’t have the one thing she truly wants: complete power over the territories in Oz. When Lion—the once cowardly fae—shows up at her doorstep, he offers her an opportunity to achieve her desires. Will he use the courage the Wizard gave him to help her succeed, or will he betray her in the process?

This is a short story prequel to the Faeries of Oz trilogy. Tin is the most famous fae in Oz for all the wrong reasons. Cursed with a stone heart, he is the perfect assassin: ruthless, efficient, and merciless with thousands of kills to his name. When his old friend, Lion, offers him a small fortune to deliver Dorothy to the South for his lover to wear the girl’s head as her own, Tin doesn’t hesitate to accept the unsavory deal.

Dorothy Gale lost everything—her family to illness, her dog to age, and now her farm to foreclosure. The entire town thought she was crazy for believing in a faerie world called Oz, but even after ten years have passed, she can’t help knowing she was right. So when an emerald green portal opens in her wheat field, she jumps at the opportunity to return to the only place she ever felt like she belonged.

Tin wasn’t expecting a grown woman to step through the portal, just as Dorothy wasn’t expecting Tin to have his stone heart back, but Oz holds more unexpected things than either could have imagined. Magic has hidden dangerous lies behind glamour, trapped innocents in curses, and left the land of Oz in turmoil—none more so than the South. As Tin and Dorothy travel together for the second time in a decade, their lives begin to make sense again. Soon, they must decide who to give their loyalties to before Lion takes Dorothy’s head and Tin’s cursed heart is forever doomed.

Perfect for fans of Sarah J. Maas and Laura Thalassa. Reva spent the last twenty years in her own purgatory, first as the Wicked Witch of the West, then banished to eternity in darkness. Now that she's returned from oblivion, Reva's out for blood. The Northern Witch, Locasta, destroyed Reva's life out of jealousy over Crow. But Reva's love for him is gone, replaced only with the desire for revenge.

Crow wasted years trying to distract his mind after the Wicked Witch-his true love-was vanquished. He'd thought Reva was lost forever until magic brought her back, though their reunion was anything but happy. Reva hates him now as much as she loved him then. He can't blame her-his former lover cursed them both and stole their daughter away. But he's more determined than ever to earn Reva's forgiveness.

When Reva leaves for the North, intent on destroying Locasta, Crow refuses to lose her to the same magic twice. He joins her on the journey, and, as much as Reva loathes him, she knows it's for the best. Traveling is too dangerous on her own, but spending so much time together isn't exactly safe for their hearts either. Hidden away in her castle, the Northern Witch waits to curse Reva and Crow once more. This time they need to put an end to Locasta, or suffer the consequences of the curse forever. 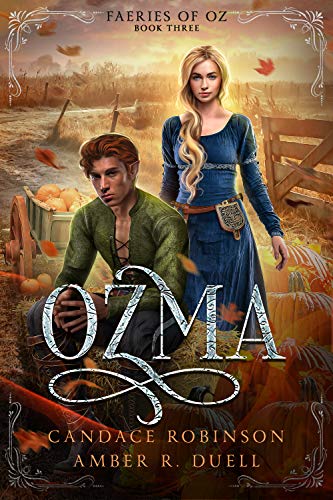 At Ozma's birth, the witch, Mombi, abducted and cast a spell on her, turning the infant into a male. Only when Ozma broke the witch's curse did she discover who she is—the True Queen of Oz. Her freedom is short lived when the Wizard, hungry for her power, imprisons her in a dark, brutal world, cut off from Jack and her magic.

Jack, too, was stolen as a child, forced to toil as Mombi's slave. When he believed his lover died, Jack loses himself to an array of companions, while plotting his escape from Mombi.

Once Ozma is returned to the Land of Oz by a savior's magic, she seeks to reunite with Jack while vowing to kill the two fae who ruined their lives. However, neither Jack or Ozma are the same as they once were. They must put their heartache aside to journey across the unforgiving land to stop the Wizard and keep evil from sweeping over the territories.

Perfect for fans of Laura Thalassa and Sarah J. Maas A world to escape...

North has always tried to pave her own path, to break free from the shadows of the most powerful fae in Oz. Being born without magic of her own makes it difficult, but she still has the love of her life in her corner. Or, at least, until she learns that he doesn't return her feelings, ripping a gaping hole in her heart.

Tik-Tok does what he wants, says what he wants, and rules how he wants. The sea has been his home-his-except when he was begrudgingly bound to serve the now-dead Wizard. But even after decades of freedom, he is still without the one thing he needs: the prophesied female who can open portals through the sea. Without her, he can't fulfill his destiny.

When Tik-Tok finds North-the fae he's been waiting for-he wastes no time stealing her away. He isn't expecting to fall in love with her, perhaps a quick tumble, sure, but nothing more. However, a past he is forced to confront may do more than haunt him ... it may destroy North.

Perfect for fans of Sarah J. Maas, Laura Thalassa, and Jennifer L. Armentrout. Tik-Tok is the final book in this dark fantasy romance series. If you love seductive fae pirates, independent female leads, and Hades and Persephone vibes, then you won't want to miss this epic conclusion.