He wants a new life. She has no room for fate.

She doesn’t believe in destiny.
Mariah struggles to find her place in colonial Maracaibo. But her parents’ mysterious past and strange dreams that hint at destiny follow her every step. As does the handsome English sailor her father has hired.

He doesn’t want entanglements.
Michael wants a new life, and tropical Maracaibo seems perfect. Leaving everything behind - even his English name - Miguel takes work as a bodyguard. But guarding the beautiful young woman he’s meant to protect may not be as simple as it seems.

As secrets of the past threaten to pull them apart, can they learn to trust, or will they lose each other for good?

This historical-fantasy is rich with imagery of life in old Maracaibo. A beautiful coming of age story that will pull you into a mysterious adventure world. Aura of Dawn is the fantastic origin story of Miguel and Mariah, and companion prequel to the Daughter of Zyanya series. 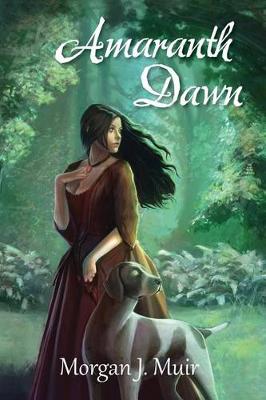 Fate and two ancient vampires haunt the land. She must face them or lose everything.

Mariah Alvarez does not want get tangled up in any more intrigue, but fate has other ideas. A faceless menace haunts her dreams, promising suffering and death to those she loves.

As Mariah's loved ones start disappearing, visions of their deaths mock her. Refusing to believe her visions, she is determined to fix things. Setting out into the wild northern corner of South America finds herself entangled in an ancient evil—two vampires warring for dominance of the continent.

Mariah do anything to reunite her family, even seek help from a vampire. But predators don't ally with prey. Mariah must choose—become his for a chance to save the man she loves, or die.

Amaranth Dawn is a historical paranormal fantasy with deep themes, magic, romance, and vampires, set in colonial Maracaibo and the Guajira Peninsula. It is the 1st book of a completed trilogy, and ends in a cliffhanger. If you enjoy genre-bending fiction with lush imagery and fully developed characters, then this book is for you! 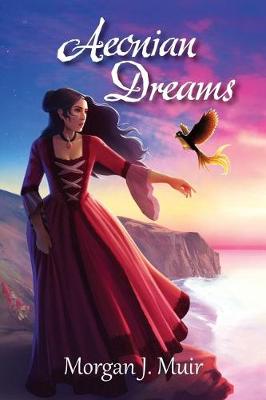 Mariah can't remember why she chose to be a vampire, and that secret just might destroy her.

Mariah can’t remember all the choices that brought her to the labyrinthine caves of the vampire Sophus, but she does know dangerous secrets lie hidden within her.As she learns to control her powerful new body— and its bloodthirsty urges— Mariah discovers a unique ability to travel through a world of spirit, the key to remembering her past, and possibly the future.

At first, it seems her path is simple: learn to control her bloodlust, find her missing husband, and return with him to raise their son.

But things are more complicated than they seem, and neither Sophus nor her husband’s captor is willing to let them go. Mariah must use whatever skills she can to find her husband and protect her still-mortal son, but will it be enough? 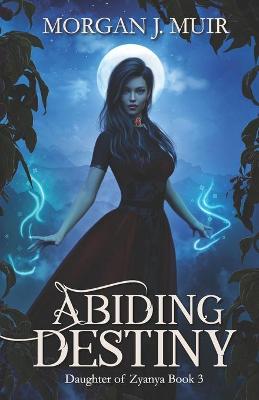 Destiny will not wait forever.

In the final chapter of the Daughter of Zyanya series from Morgan J. Muir, a vampire is caught between saving her son, rescuing her love, and fulfilling her destiny.

Mariah knows all too well to pain of burning: from her transformation into a vampire to the tortuous ways her master burns her hair to keep her in line. Even so, she would have no qualms doing the same to the man who made her a vampire, especially to save her still-mortal son. But she can't defeat him without help, though she has tried. Any further missteps will cost her her son's life.

Mikhael has finally freed himself from the unwanted attentions of his false wife, but remains under the absolute control of his vampire sire. The only thing that keeps him from throwing himself into the flames is the soul of the dark-haired woman who haunts him, desperate to protect her son. Could she be the key to his freedom?

Mariah has bided her time, growing her strength and skills, desperate to keep her son safe. As Mikhael and Mariah are pulled inextricably toward each other, the danger from their respective masters grows.

But, come life or death, prophecy will be fulfilled.