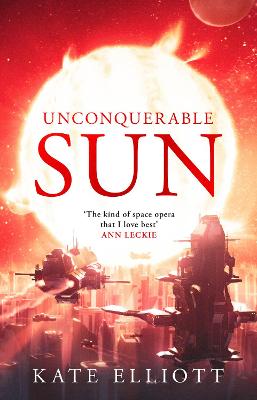 It has been eight centuries since the beacon system failed, sundering the heavens. Rising from the ashes of the collapse, cultures have fought, system-by-system, for control of the few remaining beacons. The Republic of Chaonia is one such polity. Surrounded by the Yele League and the vast Phene Empire, they have had to fight for their existence. After decades of conflict, Queen-Marshal Eirene has brought the Yele to heel.

Now it is time to deal with the Empire. Princess Sun, daughter and heir, has come of age.

In her first command, she drove a Phene garrison from the beacons of Na Iri – an impressive feat. But growing up in the shadow of her mother – a ruler both revered and feared – has been no easy task. While Sun may imagine that her victorious command will bring further opportunity to prove herself, it will in fact place her on the wrong side of court politics. There are those who would like to see Sun removed as heir, or better yet, dead. To survive, the princess must rely on her wits and companions: her biggest rival, her secret lover, and a dangerous prisoner of war. 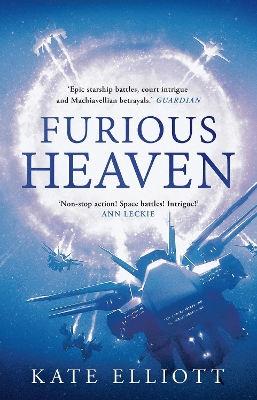 Published 1 September 2021
Non-stop action, space battles and intrigue abound in the second in a galactic-scale, gender-swapped space opera trilogy inspired by the life of Alexander the Great.

The Republic of Chaonia, under the joint command of Princess Sun and her formidable mother, Queen-Marshal Eirene, has defeated and driven out an invading fleet of the Phene Empire, although not without heavy losses. But the Empire remains strong and undeterred. While Chaonia scrambles to rebuild its military, the Empire's rulers are determined to squash Chaonia once and for all – by any means necessary.

On the eve of Eirene's bold attack on the rich and populous Karnos System, an unexpected tragedy strikes the republic. Sun must take charge or lose the throne. Will Sun be content with the pragmatic path laid out by her mother for Chaonia's future? Or will she forge her own legend despite all the forces arrayed against her?

Reviews for the Sun Chronicles:
'Epic starship battles, court intrigue and Machiavellian betrayals' Guardian
'Enthralling, edge-of-your-seat stuff hurtling along at warp speed' Kirkus
'Not only is this action-packed with fascinating women characters, there is very inventive world-building and twisty turny political scheming' Book Riot
'Non-stop action! Space battles! Intrigue! This is the kind of space opera that I love best – but Elliott does it even better' Ann Leckie
'Breathtaking and mindblowingly good' Aliette de Bodard