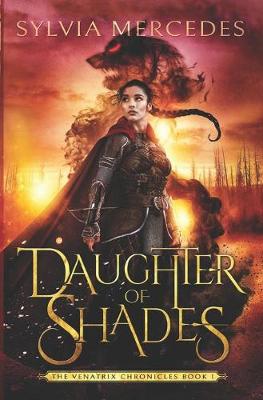 A huntress with no past.

A rival with a secret.

Ayleth and her shade move as one, ever hungry for the hunt. Under her mentor’s tight control, she fears her memories are being stolen. Now nineteen, apprenticed for as long as she can remember to the mysterious Holy Order, she longs to rise in the ranks and banish untamed spirits for the prophesied Golden Prince.

When shadowy threats descend on the crown, Ayleth seizes a once-in-a-lifetime opportunity to prove her worth in open competition. Seeking to win the prince’s favor and escape her scheming mentor, she resolves to hold her own against Terryn, a handsome, arrogant opponent who may be more than a match for her untested powers.

But as the two rivals follow a trail beyond the Great Barrier and confront legendary evil, the stolen secrets of Ayleth’s past may return to haunt her . . .

Can Ayleth win the trial and reclaim her true self? Can she even survive her first day?

Daughter of Shades is the first breathtaking book in The Venatrix Chronicles YA fantasy series. If you like kick-butt heroines, intriguing worlds of magic, and slow-burn romance then you’ll love Sylvia Mercedes’s action-packed story.

Buy Daughter of Shades today, and journey into a vivid medieval world of honor and deception, rivalry and love, valiant hunters and malevolent spirits from another realm . . . 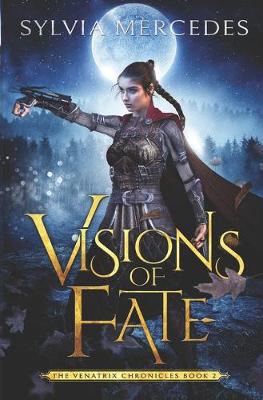 Perfect for fans of Sarah J. Maas and Leigh Bardugo, this romantic fantasy adventure will leave you hungry for more.

The hunt is on.

Ayleth and Terryn survived the Witchwood, but they’re no closer to solving the mystery of the dead shade hunter. In their quest for answers, they discover that a witch has escaped through the Great Barrier and is leaving a trail of corpses in her wake.

A murderous witch is only one of Ayleth’s problems, however. Terryn, her infuriating and intriguing rival, will give his all to win their competition. And Kephan, their Outpost Master, conceals more than one dangerous secret.

Worst of all, while pursuing a lead, Ayleth finds herself on the hunt for a three-year-old girl . . . a girl possessed by a unique and powerful shade.

Suddenly, Ayleth must question the teachings of her Holy Order. Is it always right to kill humans possessed by shades? Even a child?

Return to the world of The Venatrix Chronicles, where deadly spirits lurk in the shadows, good and evil wage eternal war, and secrets threaten to tear a kingdom apart. If you love kick-butt heroines, slow-burn romance, breathtaking action, and stories that leave you with a book hangover for days after you finish . . . you need to discover this dark and deadly series. Prepare to turn pages late into the night! 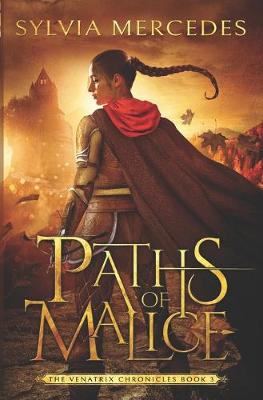 She can handle this.

A month into her competition with Venator Terryn, Ayleth seems no closer to winning the Golden Prince’s trust. Why else would he call Terryn to serve at the castle on some secret mission, leaving Ayleth to manage the borough on her own?

No matter. She’ll prove her worth to the prince come what may. Plenty of mysteries plague the land under her protection . . . including the mystery of Terryn himself and the strange, dangerous talisman he’s been keeping hidden in his room.

Her search for answers soon finds Ayleth on the trail of her deadliest foe yet. A ghost from the prince’s past has returned to haunt the present, possessed of a powerful phantom shade capable of walking the dark paths of the Haunts. Ayleth is totally outmatched and unprepared to face such an enemy alone.

But when has she ever backed down from a fight?

Welcome back to a world where enemies and friends can be difficult to distinguish, where angels are deadly and demons desirable, and shadows of the past loom dark across the future. Venatrix Ayleth made a vow of loyalty to her Holy Order.

But is the Order loyal to Ayleth?

Still recovering from her deadly encounter with the Phantomwitch, Ayleth finds herself the unwilling guest of the Golden Prince, forced to enjoy his hospitality . . . and the not-so-gentle ministrations of Venator Fendrel du Glaive.

There’s something strange about Fendrel. The way he stares at her is unsettling—as though she’s a monster, as though she’s guilty of some great sin. But didn’t she just defeat one of the worst enemies the kingdom has ever known? Hasn’t she proven her worth?

And then there’s Terryn, who may be lying to her, who may not be the loyal venator everyone believes him to be. He also looks at her strangely . . . but his gaze makes her heart stop and her pulse race in ways she’s never felt before.

As the night of Prince Gerard’s wedding approaches and the kingdom gathers to celebrate new beginnings, dark forces close in on all sides. Certain secrets, long buried deep, are bound to emerge at last.

When they do, will Ayleth have the strength to stand and fight? After two days in isolation, Ayleth still doesn’t know why Fendrel placed her under house arrest. Powerful drugs suppress Laranta deep inside her, leaving her alone with too many unanswered questions. What has become of kidnapped Lady Cerine? Why has Prince Gerard not stepped in to help? What is Fendrel’s ultimate agenda?

And, most urgently, where is Terryn? Has Fendrel arrested him as well for the curse he carries? The curse that nearly made him kill Gerard . . . .

When a Phasmatrix arrives at the castle with a host of shade hunters, Ayleth fears they have come to test Terryn and, if he cannot be cured, to execute him. But the Phasmatrix has a different objective in view, and Terryn’s life might not be the one most imperiled.

Betrayal surrounds Ayleth on all sides, and fiery doom awaits her at dawn. Will she find an unexpected ally amid the coming storm? Or will she face the truth of her past—and its future consequences—alone?

Return to the dark and deadly intrigues of The Venatrix Chronicles, where witches wage war against holy orders, friends and enemies are equally treacherous, and secrets long thought dead struggle into light. If you enjoy kick-butt heroines, conflicted heroes, and slow-burn romance ready to ignite, then you will love Ayleth and Terryn’s latest adventure! 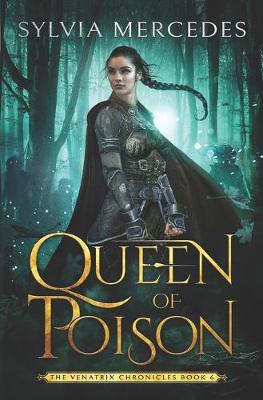 Yet she will hunt one last time.

Captured, heartbroken, shackled in torturous iron mittens that keep her shade deeply suppressed, Ayleth knows Fendrel keeps her alive for one purpose: She is his only remaining weapon against the resurrected Dread Odile. Once her task is complete, she will be executed. It’s as simple as that.

But Ayleth isn’t about to give in that easily.

Meanwhile, Gerard is held prisoner in his own castle by his uncle's orders—Fendrel must keep his nephew alive in order to force the ancient prophecy into completion.  However, Gerard sees a different path before him, and he is resolved to follow it to the end.

As the forces of the Witch Queen wreak havoc across the land, can Ayleth and Gerard come to terms with the truth of their pasts . . . and face their destinies with courage? 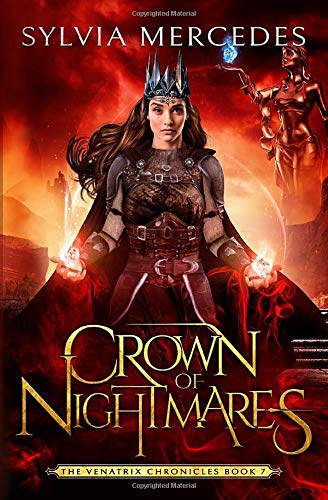 Separated from the Evanderians, Ayleth finds herself alone in the malevolent Witchwood.

Or perhaps not entirely alone . . .

Confronted with the reality of her living grandmother, Ayleth soon learns that the horrors once ascribed to Dread Odile’s name and legend may not be entirely true. But what is the truth? Could the infamous Witch Queen be a freedom fighter providing hope for those oppressed under Saint Evander’s law? Is she the loving family Ayleth thought she’d lost forever? Or is she the greatest threat the world has ever known?

While battling to save their loved ones, Ayleth, Terryn, and Gerard must each face the lies that have influenced their lives since childhood. The final battle is upon them, and the decisions they make will shape the course of destiny.

Don’t miss the explosive finale of the acclaimed Venatrix Chronicles!