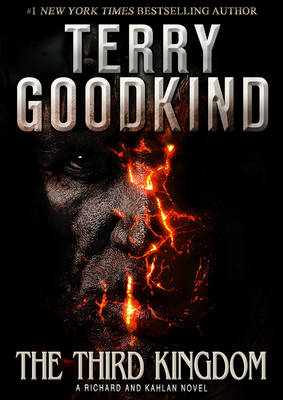 Published 1 August 2012
From the internationally bestselling author of the Sword of Truth series, comes a new Richard and Kahlan novel, sequel to The Omen Machine. The bloodthirsty Jit is dead, and against all odds Richard and Kahlan have survived. But a new menace has attacked them in the Dark Lands. Infected with the essence of death itself, robbed of his power as a war wizard, Richard must race against time to uncover and stop the infernal conspiracy assembling itself behind the wall far to the north. His friends and allies are already captives of this fell combination, and Kahlan, also touched by death's power, will die completely if Richard fails. Bereft of magic, Richard has only his sword, his wits, his capacity for insight - and an extraordinary companion, the young Samantha, a healer just coming into her powers. Compelling, fast-moving, and intense, The Third Kingdom is a powerful tale that welcomes new readers to Terry Goodkind's world, while opening up new vistas of worldbuilding for longtime readers of the adventures of Richard Rahl and Kahlan Amnell. 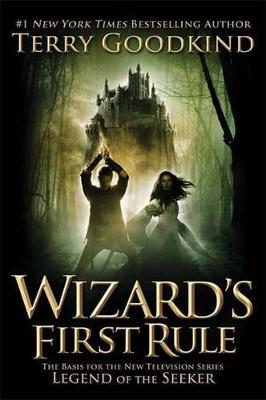 Published 11 August 1994
One man, Richard Cypher, holds the key to the fate of three nations, of humanityBut until he learns the Wizard's First Rule his chances of succeeding in his task are slim. And his biggest problem is admitting that magic exists at all...A novel of incomparable scope and brimming with atmospheric detail: in a world where heart hounds stalk the boundaries for unwary human prey, blood-sucking flies hunt on behalf of their underworld masters, and where artists can draw more than your likeness, there is no place to hide, nowhere safe. Here magic makes love twice as sweet, betrayal and loss twice as bitter. 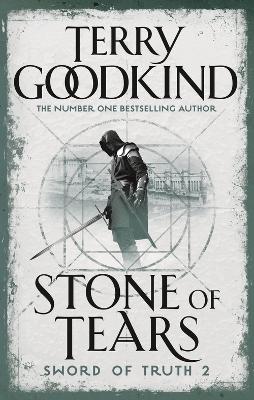 Published 15 September 1995
First rate epic fantasy from the man who deserves to become the Tolkien of his day. The young hero is just beginning to understand the magic he has at his command, and only under the tutelage of the Sisters of Light can he control the Gift to combat the dark powers still arrayed against him. 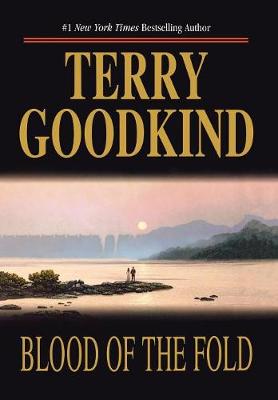 Blood of the Fold

Published 1 October 1996
Richard Cypher,wielder of the Sword of Truth battles against the strangely compelling cult of the Blood of the Fold to protect the sovereignty of the New World. 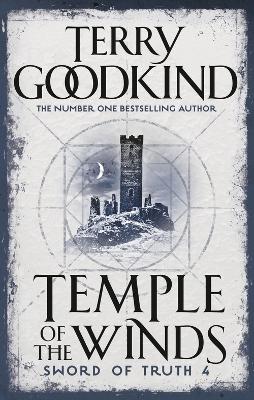 Temple Of The Winds

Published 15 September 1997
A stunningly inventive breakthrough novel that takes the fantasy genre into a new dimension; this fourth novel in the Sword of Truth sequence takes the series on to much darker ground without losing any of its powerful magic and mystery, any of its gripping storytelling quality. 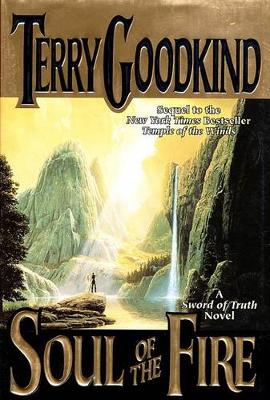 Soul of the Fire

Published 15 March 1999
A stunningly inventive, breakthrough novel that takes the fantasy genre into a new dimension - from the man acclaimed as the Tolkien of his day. The 5th volume 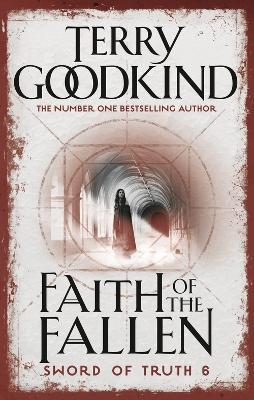 Faith Of The Fallen

Published 1 August 2000
SOUL OF THE FIRE saw the political machinations that have dogged the midlands reach new heights as the Chimes ran free and threatened magic everywhere. As the novel ended Kahlan has narrowly avoided death and now she and Richard Rahl, the Seeker, must strive again to save the world from the resurgent armies of the Emperor Jagang. From the very first page FAITH OF THE FALLEN PITCHES Richard and Kahlan into their most desperate fight yet, a fight where worlds once again hang in the balance. Richard must embark on a course of action that will leave his people feeling betrayed and vulnerable and which will take both he and Kahlan away from the protection of the D'Haran armies. But he has no choice; Richard, who distrusts prophecy more than anyone, has had a vision. It is a vision he is compelled to follow. 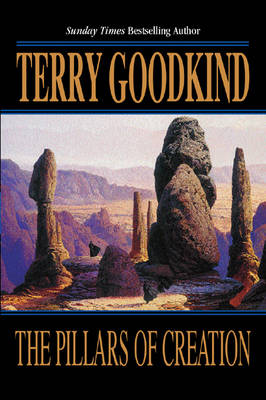 The Pillars of Creation

Published 1 November 2001
From the very first page FAITH OF THE FALLEN PITCHES pitched Richard and Kahlan into their most desperate fight yet, a fight where worlds hung in the balance. FAITH OF THE FALLEN took The Sword of Truth into a new decade and onto new heights of intense, thoughtful and meaningful fantasy while never losing sight of the need to tell a compelling and sweeping story. PILLARS OF CREATION will continue that progression with Richard and Kahlan pursued to the ends of the world by an implacable and lethal demon. It will allow Terry Goodkind to investigate new depths in his characters, to change fantasy and to make The Sword of Truth the dominant fantasy series of the first decade of the new millennium. 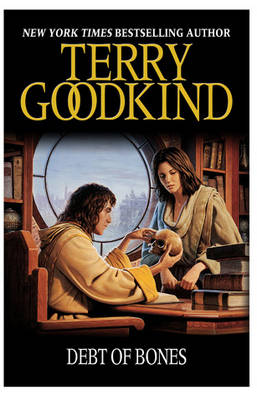 Published 16 August 2001
A young woman arrives at Aydindril to petition for the help of the First Wizard in one of the many desperate conflicts in the war against D'Hara and the vicious rule of Panis Rahl. Little does the First Wizard, much less the woman herself know that the woman's Debt of Bones - a deal struck years before committing the Wizard to action - will tie him to a course of action that will result in cataclysmic duel of magic with Panis Rahl himself. 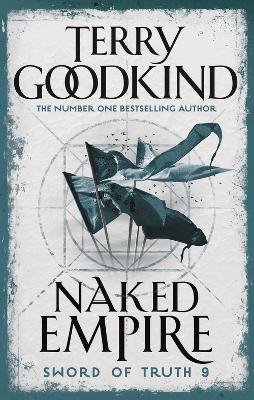 Published 1 July 2003
The long awaited new standalone novel from bestselling author Terry Goodkind. Fantasy adventure on a grand scale featuring the popular wizard-hero Richard Cypher. The Sword of Truth is Terry Goodkind's wonderfully creative, seamless, and stirring epic fantasy set in a fascinating world rich in detail, history and incredible violence. Reluctant hero turned magical warrior Richard Rahl has long since learned the wizard's first rule (People are stupid and will believe almost anything) and accepted his fate. With his beloved Kahlan Amnell, the last Mother Confessor, he has battled unearthly adversaries, military foes, the Underworld, the malign and wild magic of the Old World, even the elements themselves. Now Terry Goodkind, acclaimed and superlatively gifted storyteller, delivers another thrilling novel, with all the complexity and taut characterization we've come to expect from this master of fantasy. Published 1 December 2004
The next book in the Sword of Truth series from bestselling author Terry Goodkind. Fantasy adventure on a grand scale featuring the popular wizard-hero Richard Cypher. The Sword of Truth is Terry Goodkind's wonderfully creative, seamless, and stirring epic fantasy set in a fascinating world rich in detail, history and incredible violence. Reluctant hero turned magical warrior Richard Rahl has long since learned the wizard's first rule (People are stupid and will believe almost anything) and accepted his fate. With his beloved Kahlan Amnell, the last Mother Confessor, he has battled unearthly adversaries, military foes, the Underworld, the malign and wild magic of the Old World, even the elements themselves. Now Terry Goodkind, acclaimed and superlatively gifted storyteller, delivers another thrilling novel, with all the complexity and taut characterization we've come to expect from this master of fantasy. Published 17 July 2006
From internationally bestselling author Terry Goodkind, comes an outstanding epic adventure set in the captivating world of his classic "Sword of Truth" novels. On the day she awoke remembering nothing but her name, Kahlan Amnell became the most dangerous woman alive. For everyone else, that was the day that the world began to end. As her husband, Richard, desperately searches for his beloved, who only he remembers, he knows that if she doesn't soon discover who she really is, she will unwittingly become the instrument that will unleash annihilation. But Kahlan learns that if she ever were to unlock the truth of her lost identify, the evil itself would finally possess her, body and soul. If she is to survive in a murky world of deception and betrayal, where life is not cheap but fleeting, Kahlan must find out why she is such a central figure in the war-torn world swirling around her. What she uncovers are secrets darker than she could ever have imagined. 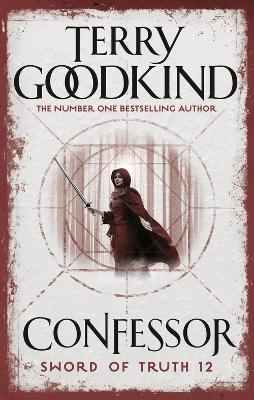 Published 13 November 2007
The final book in one of the greatest epic series of all time: The Sword of Truth. Descending into darkness, about to be overwhelmed by evil, those who remain free find themselves powerless to stop the dawn of a savage new world, while Richard faces the guilt of knowing that he must let it happen. Alone, he must bear the weight of a sin he dare not confess to the one person he loves!and has lost. Join Richard and Kahlan in the concluding novel of one of the most remarkable and memorable journeys ever written. It started with one rule, and will end with the rule of all rules, the rule unwritten, the rule unspoken since the dawn of history. When next the sun rises, the world will be forever changed. 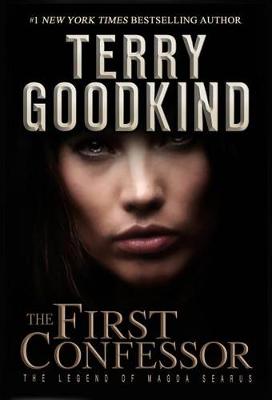 Published 16 July 2015
A prequel to the Sword of Truth series follows the experiences of Magda Searus, who is shunned by her community members when she makes unsettling discoveries about her powerful husband's suicide and ventures out into a war-stricken world. The epic finale to the THE SWORD OF TRUTH series: 16 volumes 20 years in the making, 26 million copies sold.

Soulmates, pawns of prophecy and inheritors of an ancient conflict, Richard and Kahlan's destinies have been bound together since their first encounter in Wizard's First Rule. But now Richard lies on a funeral bier - suspended between the worlds of life and death and Kahlan faces her greatest challenge.

She must fight for Richard's very existence, and Richard, trapped in the underworld, must fight to keep the world of life from ending. Desperate sacrifices are required. This is the final battle in a war three-millennia old, a war that saw the Sword of Truth forged, a war that could mean the end, not only of their lives, but of their world. 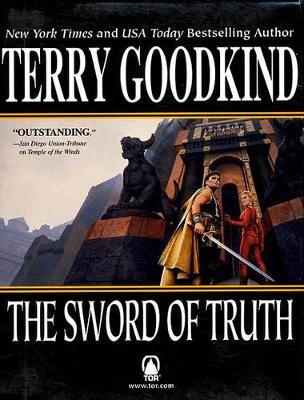 The Sword of Truth

This Mass Market Boxed Set is the second bundle in the bestselling The Sword of Truth series by Terry Goodkind. It includes volumes 4-6: Temple of the Winds, Soul of the Fire, and Faith of the Fallen

Book 4: Temple of the Winds

Wielding the Sword of Truth, Richard Rahl has battled death itself and come to the defense of the D'Haran people. But now the power-mad Emperor Jagang confronts Richard with a swift and inexorable foe: a mystical plague cutting a deadly swath across the land and slaying thousands of innocent victims.

Book 5: Soul of the Fire

Richard Rahl has traveled far from his roots as a simple woods guide. Emperor of the D'Haran Empire, war wizard, the Seeker of Truth--none of these roles mean as much to him as his newest: husband to his beloved Kahlan Amnell, Mother Confessor of the Midlands. But their wedding day is the key that unlocks a spell sealed away long ago in a faraway country. Now a deadly power pours forth that threatens to turn the world into a lifeless waste.

Book 6: Faith of the Fallen

Emperor Jagang is rising once again in the Old World and Richard must face him, on his own turf. Richard heads into the Old World with Cara, the Mord-Sith, while his beloved Kahlan remains behind. Unwilling to heed an ancient prophecy, Kahlan raises an army and goes into battle against forces threatening armed insurrection in the Midlands. Separated and fighting for their lives, Richard and Kahlan will be tested to the utmost. 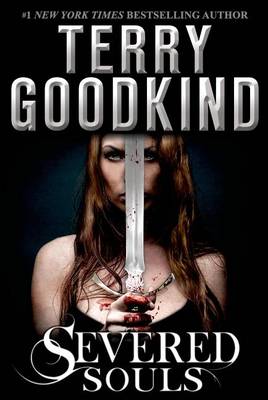 From Terry Goodkind, author of the Sword of Truth series, comes a sweeping new novel of Richard Rahl, Kahlan Amnell, and their world.

From the far reaches of the D'Haran Empire, Bishop Hannis Arc and the ancient Emperor Sulachan lead a vast horde of Shun-Tuk and other depraved 'half-people' into the Empire's heart, raising an army of the dead in order to threaten the world of the living.

Meanwhile, far from home, Richard Rahl and Kahlan Amnell must defend themselves and their followers from a series of terrifying threats, despite a magical sickness that depletes their strength and which, if not cured, will take their lives...sooner rather than later. 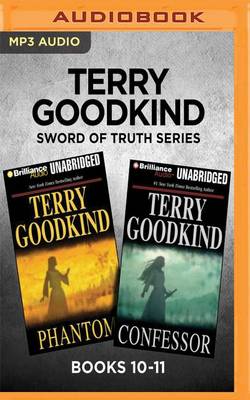 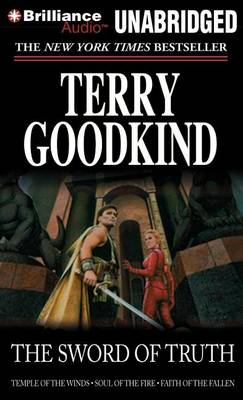 The Sword of Truth Books 4-6