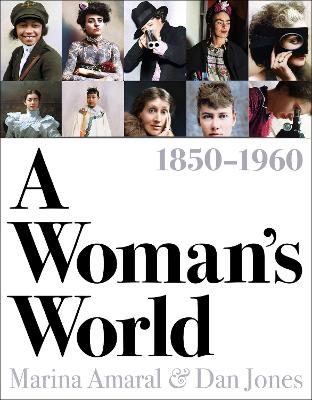 The third volume in the bestselling The Colour of Time series.

A Woman's World, 1850–1960 explores the many roles – domestic, social, cultural and professional – played by women across the world before second-wave feminism took hold. Using Marina Amaral's colourized images and Dan Jones's words, this survey features women both celebrated and ordinary, whether in the science lab or protesting on the streets, performing on stage or fighting in the trenches, running for election or exploring the wild. This vivid and unique history brings to life and full colour the female experience in a century of extraordinary change.