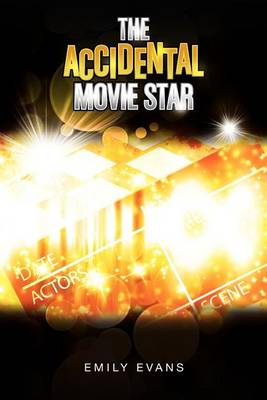 This review previously appeared on my blog, PopCrunchBoom Books


The Accidental Movie Star by Emily Evans follows Ashley, a frequent visitor to Hollywood where her dad lives and works. Ashley is spending the summer interning for the movie production company her dad works for. All she wants to do is get a good internship on paper so she can pursue her dream of majoring in architecture. She has no interest in the “Hollywood” type as she’s been around them for ages. Caspian, Caz for short, is a famous actor that mistakes Ashley as a fan who’s sneaked into his limo outside the airport. They have some choice words and the chick lit is set! The novel follows their relationship while working on a film. (yes, she just happens to be interning on his movie set!). Readers watch Ashley stay true to herself and Caz breakdown his trust barriers. It follows the ups-and-downs of most romance-focused story archs.

But this isn’t a boring story! It’s a fun read filled with flirty moments, some sizzling chemistry, and some laughable moments. It has its predictability (I mean it is a chick lit), but the story line is unique too. And I’m a sucker for these types of stories! A quick sweet shot of YA romance! If i’m being honest I’ve read it more than once already.


The characters are very likable and I just love the story line! It’s cute and touches the girly side of my personality :) Evans did a good job of making sure Ashley stayed true to herself as a character. I like how comfortable Ashley is in her personality. She was very well written and her character bounced-off well with Caz. The chemistry between the two was visible as well. Readers could really see the relationship build between them. It was a slow progression but the chemistry was there from the start.

I also enjoyed the secondary characters. Ashley’s support system of friends and co-workers were quirky and cute. Caz “best friend” was cleverly written as well (and he gets his own story too!).

And what movie set would be complete without drama? Trust me, this movie set had plenty of it! From a “drama queen” actress to an overly ambitious intern, the story has many obstacles Ashley has to work through and over come. But these “instances” and people really help to move the plot. Although the story was mainly about the relationship between Ashley and Caz, it also had its comedic moments on set and explored a father/daughter relationship.

I really enjoyed the setting of this story. It wasn’t a typical ‘falling for a movie star’ romance. It was nice to watch Ashley work on set and learn about the different jobs behind a movie as well as when she was able to assist with things architecturally related. I loved when she got pulled into “acting” jobs on the set and when Caz would annoy her by assisting only she could “help” him. And it was interesting to watch the characters not only stay true to their individual personalities, but also encompass the “Hollywood” personalities their characters would exhibit. Especially with Caz, it was great to see the way Evans made him the one to develop more as a character and let his walls down.

Overall, it was a sweet and fun YA romance. It was a quick read that I enjoyed thoroughly (I mean I did read it twice already!). I’d recommend it to anyone looking for a good YA chick lit! Plus Caz is hot! Sometimes moody, but sorta deep and hello, he is a movie star! Anyway if you’re looking for a great weekend read then I’d pick it up!