The Truth About My Success 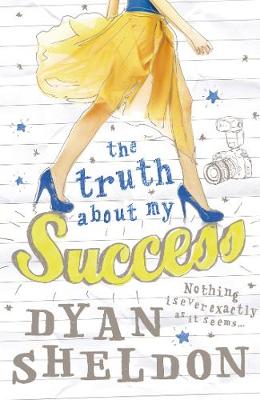 The Truth About My Success

The Prince and the Pauper meets Trading Places, but with modern teenagers and Dyan Sheldon's unique deadpan humour!

Paloma Rose is 16 years old and the star of one of the most popular TV shows ever. She has millions of fans and is the face of a hugely successful merchandising empire. But having had too much too young, Paloma is growing into a notorious brat and beginning to behave really badly: inappropriate boyfriends, drunken incidents, suggestive photos on the internet. The resulting bad publicity could mean the end of the show and with that the end of the lavish lifestyles her family – and her agent – have grown accustomed to. Then her agent bumps into 16 year old Oona Giness in a coffee shop and, struck by the resemblance, decides to switch Oona for Paloma and trick the wayward brat into going off to a boot camp in the desert which he hopes will sort her out. Oona, who lives with her depressed dad in a run-down apartment block, agrees to the deal in the hope that it’ll turn her life around. She quickly discovers that Hollywood is not for her, though Hollywood much prefers the new Paloma to the old one! And when Paloma finds out she’s been tricked, she breaks out of the camp and heads for home – and revenge.